What does this all mean to the end buyer?  Consumer confidence increases, prices increase, interest rates increase. The Bailout Loans are being paid back without default. Fannie becomes profitable - regulations for financing become more strict. Feel free to comment or ask any questions.

The government-controlled company attributed the third-quarter decline in profit mainly to losses on the investments it uses to hedge against swings in interest rates.

Fannie said it will pay a dividend of $2.2 billion to the U.S. Treasury next month. With that payment, Fannie will have paid a total $144.8 billion in dividends.

Fannie received $116 billion from taxpayers during the financial crisis in September 2008. The government rescued Fannie and smaller sibling Freddie Mac after they suffered huge losses from risky mortgages in the housing market bust.

Together the companies received rescue loans totaling about $187 billion. The housing market's gradual recovery has made Freddie and Fannie profitable again.

Freddie reported Tuesday a $475 million net loss for the third quarter, also due to losses on derivatives. As a result, Freddie is skipping paying a quarterly dividend to the U.S. Treasury next month. The company said the loss – compared with net income of $2.1 billion a year earlier – mainly reflected accounting measures for the losses, while its business was strong and continue to improve.

But the head of the federal agency that oversees Fannie and Freddie raised the possibility that future quarterly losses could mean they would have to receive further government aid.

Volatile interest rates and reduced capital cushions for the two companies, under their agreements with the government, "will likely make both enterprises increasingly susceptible to the possibility of quarterly losses that could result in draws" from the Treasury, Mel Watt, director of the Federal Housing Finance Agency, said in a statement Tuesday.

Fannie and Freddie own or guarantee about half of all U.S. mortgages, worth about $5 trillion. Along with other federal agencies, they back roughly 90 percent of new home loans.

The two companies don't directly make loans to borrowers. They buy mortgages from lenders, package them as bonds, guarantee them against default and sell them to investors. That helps make loans available.

The companies' quarterly earnings can fluctuate widely due to changes in interest rates.

Fannie reported that it lost $2.6 billion on accounting for derivatives in the third quarter. The company said a majority of its interest income came from the fees it receives from banks and other lenders to guarantee the mortgages they issue. Fannie said it expects those fees to account for an increasing portion of its interest income in the future.

Fannie said it expects to remain profitable for the foreseeable future, but that earnings for this year and future years likely will be "substantially lower" than in 2014. Fannie earned $14.2 billion last year. Among the factors in the anticipated reduced earnings is a continued decline in interest income from mortgages held by the company.

The record-low interest rates of recent years, with the Federal Reserve holding its key short-term rate near zero since 2008, could soon be ending. Fed Chair Janet Yellen said in congressional testimony Wednesday that an interest rate hike in December is a "live possibility" if the economy stays on track. She stressed that Fed policymakers haven't decided yet.

The Fed has previously signaled that it wants to see further economic gains and higher inflation before raising its benchmark rate.

The housing market's recovery over the last three years has been uneven, and it has lagged behind the rest of the economy. Despite the low borrowing rates that could lure prospective homebuyers, the market has remained hampered by tight mortgage credit, rising home prices and stagnating incomes.

A plan to phase out Fannie and Freddie and instead use mainly private insurers to backstop home loans advanced in the Senate last year and was endorsed by the White House. The plan would create a new government insurance fund. Investors would pay fees in exchange for insurance on mortgage securities they buy, and the government would become a last-resort loan guarantor.

No work on the proposal has been done this year in the current Congress.

A Treasury Department spokesman said Tuesday that the prospect of possible losses for Fannie and Freddie "is another reminder that comprehensive housing-finance reform is necessary."

Copyright 2015 The Associated Press. All rights reserved. This material may not be published, broadcast, rewritten or redistributed. 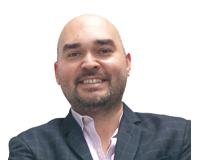 Want to Advertise on this Site?

Get ready First Time Home Buyers! - This year is your year to buy a home and STOP renting. There is still a month or so before this program is ready to roll out but right now, for those wanting

By registering, you agree to our terms of use and that real estate professionals from Home Finder Tools and lenders may call/text you about your inquiry, which may involve use of automated means and prerecorded/artificial voices. Message frequency varies. Text HELP for help or STOP to cancel. You don't need to consent as a condition of buying any property, goods or services. Messages/data rates may apply. Additional information about data use is in our privacy policy.